Patents and Trademarks in Iceland

As with many other laws, Iceland has simply followed the legal protection given to intellectual property rights (IPR) from the European model. Iceland has signed the Paris Union Convention for the Protection of Industrial Property, which means businesses operating in Iceland and have registered their patents and trademarks in Iceland enjoy the same protections as they would in any other country. The other relevant agreements Iceland is part of are the European Patent Convention of 1973 and the Patent Cooperation Treaty (PCT, 2005). All this augur well for companies and individuals whether of Icelandic origin or foreign in going ahead with their innovations and discoveries hoping that they will not be copied /counterfeited.

The Icelandic Patent Office is the Nodal Agency

The Ministry of Education, Science and Culture,the government of Iceland is responsible for protecting the IPR and it administers this through The Icelandic Patent Office. Iceland faces its measure of copyright violations mainly through imported counterfeit goods. These are mostly ordered by Icelanders online and delivered to them. The government has no direct way of stopping these unless the Customs officials have prior intimation and a complaint has been registered with them. Then the counterfeit goods can be impounded and actions initiated. Here also the scope for any penal action is limited since the act of importing for personal use is not treated illegally. If someone tries to bring in such counterfeit products with the intention of selling to others in Iceland, then it is illegal. Iceland has to comply with the WTO Trade-Related Aspects of Intellectual Property Rights (TRIPS) being a signatory to the World Trade Organization (WTO). 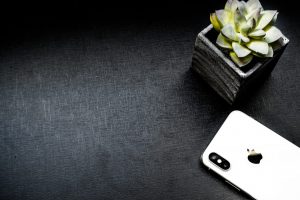 The technology-intensive business sectors like IT and fisheries technology will benefit immensely from the IPR laws and the way patents and trademarks in Iceland are protected.

Statistics on IP and Patent Applications in Iceland

The WIPO carries the country-wise statistics on its website on the number of IP filings in Iceland. According to these charts, the ten-year period 2009-2018 has seen around 3,100 IP filings. This means an average of 310 each year. This figure includes the filings by resident Icelanders and those registered abroad. The numbers for patent applications by residents of Iceland stood at 906 for the ten-year period; 132 patents by non-residents and 2192 patents registered abroad. There are similar numbers for trademark registrations and design patents applied for.

These numbers indicate that there is a strong regime of patent and trademark in Iceland and it is being fully taken advantage of by individuals and the industry.

Some Basic Definitions You Should Know

While discussing the legal framework for patent and trademark in Iceland, it may be relevant to understand the different terminologies used in this context. Patents are usually applied for in three types, for designs, utilities, and plants. Some people confuse patents with copyrights. Copyrights are associated with stuff like literature, software, art, and so on. Only in rare cases do these two terms overlap.

Then, there are the trademarks. Trademarks relate to logos, symbols, eve the phrases and words used in association with specific products or brands. If there are two claimants for the same logo or brand name, the authority issuing the registration for the trademark will look at the chronological order of the use of the trademark before adjudicating in favor of one and against the other. There are cases where someone may own a brand name but would not have registered it officially or used it for day-to-day business. In such cases, the entity who has extensively used it and has applied for registration will get the preference.