Iceland has been focusing on developing its economy with all sectors participating. It’s a small nation with a limited population and more limited resources. Healthcare and pharmaceuticals form a key sector in the country’s economy. There are several global and European leaders in the pharmaceutical industry with their manufacturing facility in Iceland. They have also established their research & development (R & D) units here too. You have Novartis, Coripharma, and Alvotech along with a dozen other companies operating from Iceland. The other major pharma companies present in the country include Johnson & Johnson, Sanofi SA, Merck & Co, Pfizer Inc, EpiEndo Pharmaceuticals EHF, and so on. These are giant transnational corporations and their presence in pharmaceuticals in Iceland augurs well for the industry.

Huge Incentives Given by the Iceland Government

It has become a norm for governments across the world to lure companies through incentives to come and invest in their countries. Iceland is no exception to this. Manufacturing companies want land parcels to build their plants and an assured supply of energy to operate them uninterruptedly. The Iceland government claims it can offer both so that there are practically no hurdles for any company local or overseas to make their investments, move in quickly, and start their operations. 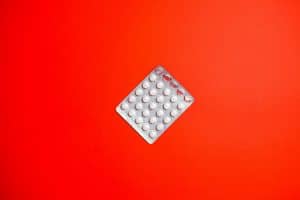 More significantly, there is a tax incentive. The level of corporate tax to be paid by companies operating in Iceland could be as low as 15%. This works favorably for the companies since they get to retain a major portion of the profits they earn. This is particularly true for pharmaceuticals in Iceland. By their very nature, pharmaceutical companies enjoy good profit margins. Saving on tax helps these companies to plow the money back into the business, including on research.

Success in the pharmaceutical industry comes through research and more research. When a company discovers a new formula for a drug, it has worldwide rights over the technology. If the field trials of the drug developed in-house are successful, the company can sell the drug at higher prices giving them more profits. The drug has to be effective for it to sell in large quantities and ethical promotions are done to market the drug. Some companies follow the practice of producing a drug intermediary at one location and finish the drug production elsewhere.

All these are less important as long as more and more companies in the pharmaceutical companies come to Iceland and invest their dollars or euros here.

The industry has constituted an internal body, Frumtök (the Icelandic Association of the Pharmaceutical Industry). The oversight body to keep a watch over the sector is the Icelandic Medicines Agency (IMA). Pharmaceuticals in Iceland are not registering growth at a blistering pace, but there is a steady flow of investments as well.

In Iceland, the government spends a huge portion of the expenditure incurred on healthcare. Figures published by OECD for the year 2018 indicate that the per capita expenditure on health in Iceland was around $4,350. This could have crossed the figure of around $5,000 by now. 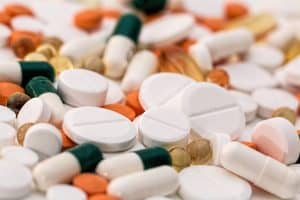 More investments may be coming in the next few years as the COVID-19 pandemic has thrown open a vast area for the industry to develop such as new vaccines, remedies, and other treatment solutions. Once the infrastructure is created it becomes easy for the companies already operating here and the new ones to come and setup shop.

Human Resources Another Plus

Another advantage that any industry enjoys while making investments in Iceland is the availability of qualified personnel to be employed in the industry. You will find a high proportion of educated and committed workforce for various levels from among the local Icelanders.

If you require any support while setting up a business in Iceland, contact Swapp Agency.