What You Need to Know About Cryptocurrency in Iceland

You would have to have been in a coma for a decade to be able to say that you haven’t ever heard of cryptocurrency. It’s a term we’re all familiar with.

In the last few years, it has become such an essential topic to some people that even the finance report on most news broadcasts will make comments on the crypto-markets in the same way they talk about the stock exchange.

Cryptocurrency seems to have miraculously come out of nowhere and doesn’t seem to be going away any time soon, which is also true in Iceland.

The cryptocurrency boom is in full swing in the land of fire and ice. It’s much more than the preferred currency of Elon Musk, but what exactly is it? What are the main types of cryptocurrency? How do Icelanders feel about it? Read on to find out all this and more. To put it in the absolute simplest terms, cryptocurrency is a kind of digital money. You might be thinking, ‘Well, technically, the money in my bank account is also digital,’ and you’re not wrong.

Cryptocurrency is, however, totally digital. What makes it unique is that it isn’t centralised like regular currency. It isn’t governed by anyone specifically, so crypto-enthusiasts feel it’s actually more reliable than traditional currency.

Cryptocurrency was created in Japan in 2008 and was a bit of an accident. Nobody can really be sure who created cryptocurrency, so the creator is often referred to as Satoshi Nakamoto (a possible name of someone working on the project that led to its creation). Cryptocurrency was basically an accident or side effect of another project. The project was seeking to create a means for people to transfer money to each other using the internet.

The project ended up creating a currency that isn’t centralised and, in theory, is less susceptible to interference than traditional money.

Cryptocurrencies use what’s called a blockchain to perform their transactions. If you think about how transactions work at a bank, you move money from one account to another, and the bank makes a note of the activity in their records. So if you remove the bank, you still need this information to be recorded somewhere in order to make sure everything is happening as it’s supposed to be; this is where the blockchain comes in. Blockchains basically perform transactions and record information.

Because cryptocurrency isn’t centralised or governed by one particular body, the blockchain is made up of millions of individual computers worldwide recording these transactions. It takes a lot of computer processing power to do this. The computers performing these tasks are rewarded with portions of cryptocurrency based on how many tasks they have performed. This process is called ‘mining.’

What Are the Main Cryptocurrency Types? Bitcoin was the first cryptocurrency and is, therefore, the oldest. Its name is a combination of the words’ bit’ and ‘coin.’ Litecoin is almost identical to Bitcoin. It was created by Charlie Lee, a Google employee, in 2011 and released via Github.

Litecoin is nearly identical to Bitcoin in the way it works with just a few minor differences. Ethereum is actually a kind of blockchain. The name of the currency that it produces is ‘Ether.’ After Bitcoin, it is the second-largest cryptocurrency market.

Ethereum stirred controversy in 2016 when it was hacked, and $US50 million in Ether was stolen.

Ethereum has since maintained that the flaw in a third-party application that enabled this to happen has been fixed. 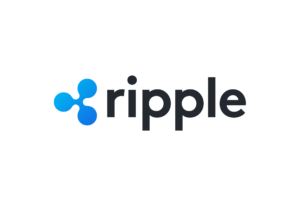 Ripple entered the market in 2012. Their currency is called XRP, and their point of difference in the market is that they tend to cater more to those wanting to make international transfers with minimal or no fees.

Ripple also was the subject of some controversy in 2020 when two of its executives were sued by the U.S. Securities and Exchange Commission for allegedly selling unregistered securities.

Stellar was launched in 2014 by the co-founder of Ripple, Jed McCaleb. It is making a name for itself in the world of international transfers and is doing quite well in Brazil, Asia and Africa. 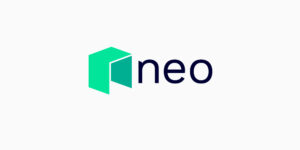 NEO began its life in 2014 under the name ‘Antishares’ but was rebranded three years later.

Miners using the NEO protocol are rewarded with GAS tokens. The total number of GAS tokens created is 100 million, 50 million sold to investors to raise US 4.65 million. The remaining 50 million will be released over the next 22 years. Cardano is a blockchain that was created by one of the co-founders of Ethereum, Charles Hoskinson. He left Ethereum after a dispute with fellow co-founder Vitalik Buterin.

Hoskin wanted Etherum to move away from the non-profit model and decided to leave and create his own blockchain. The currency Cardano uses is known as ‘Ada.’ 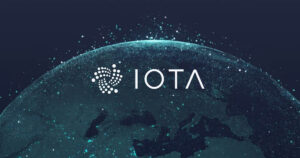 Are any Cryptocurrencies Accepted as Currency in Iceland? Cryptocurrencies are not recognised as legal tender in Iceland because the Icelandic Central Bank has issues with the fact that they are unregulated. One could argue that this is precisely the point of cryptocurrency in the first place.

Are Cryptocurrencies Legal in Iceland? Cryptocurrencies may not be recognised as legal tender in Iceland, but it’s not illegal to trade in them. The government has officially cautioned Icelanders against trading in cryptocurrencies, but this is expected of a nation that suffered a dramatic financial crisis in 2008.

In short, trading in crypto is entirely legal; the government just wants you to be careful if you’re doing it. As with all Fintech activities, all those operating in cryptocurrencies and crypto-assets (NFTs) must adhere to the rules and regulations of trade prescribed by the Icelandic government.

The regulation around cryptocurrency is paying particular attention to possible money laundering and the use of cryptocurrencies to fund illegal activity. This is in line with the EU/EEA stance on the subject.

Iceland Contains some of the World’s Largest Bitcoin Mining Facilities There aren’t many things that are considered to be cheap in Iceland. One of the few things that definitely seems to be lower cost is electricity. Iceland’s power grid is almost 100 % fuelled by renewable energy. Most of this comes from hydroelectricity and geothermal power.

After the data booms of the 2010s, it wasn’t long before large data centres started popping up in Iceland. When you think about it, it makes perfect sense. Data centres require vast quantities of electricity to run and to keep their enormous processors from overheating.

By 2016, data centres were already representing 1% of Iceland’s GDP and pretty soon after that, bitcoin mining operations were also being set up.

Today Iceland has some of the world’s largest bitcoin mining facilities. Some are set up by locals, others are entirely foreign-owned operations, but bitcoin mining is big business in Iceland.

Around the world, bitcoin mining facilities are turning to renewable energy sources for mining power, which makes countries like Iceland with a wealth of geothermal energy that much more enticing to set up activities in. There are Icelanders who have concerns about the amount of power required to sustain a bitcoin mining facility, but the average local is probably more intrigued by it than anything else.

As far as new trends go, Icelanders could very well be considered early adopters especially within their business culture. Their economy was devastated in the 2008 Global Financial Crisis, and as a result, they had to rebuild their entire finance sector from the ground up.

One benefit of this rebuilding is that they are able to look at new technologies, industries and ways of operating with a more open mind.

Icelanders have had to take care of themselves for a really long time, and this has, in turn, made them very forward thinkers. If cryptocurrency is the way forward, you will likely find that Icelanders will overwhelmingly support it.

How Swapp Agency Can Help You Mine for Bitcoin in Iceland If you have now decided that Iceland is the place you would like to embark on your bitcoin adventure, Swapp Agency is actually able to help you out. If you’re a foreign investor or looking to initiate a mining facility, Swapp Agency can connect you with the right people.

Swapp Agency is also able to give you advice on the best way to approach certain areas of the industry to make sure you are following rules and regulations. The cryptocurrency revolution is well and truly in full swing. The industry has gained incredible momentum in the past decade and doesn’t show any sign of slowing down.

Each day more and more ‘regular’ people are getting into cryptocurrencies, and there have even been talks of it becoming legal tender in some countries.

If you were considering dipping your toe in the cryptocurrency boom in Iceland, now would be the perfect time to jump right in.