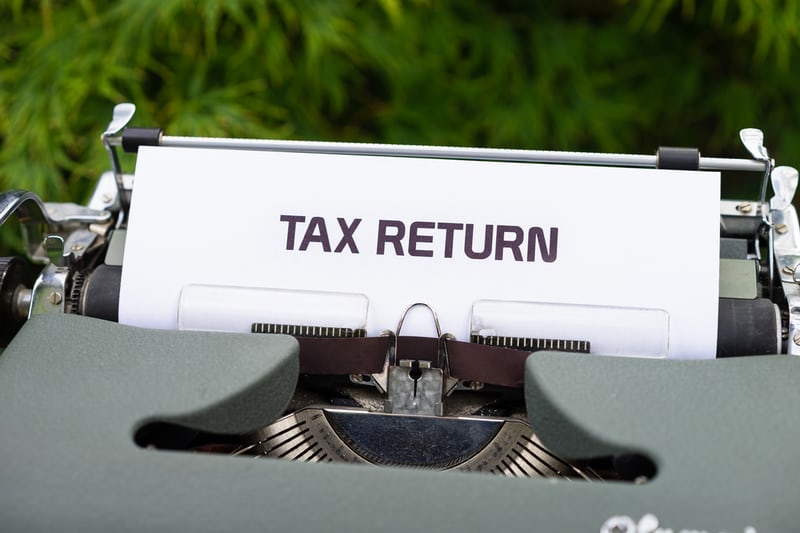 What You Need to Know About Iceland Income Tax

There are two certainties in life, death and taxes.

This quote, popularised by American author and humorist Mark Twain, still rings true to this day. It doesn’t matter where you live; taxes are a necessary part of life.

The only people who seem to have managed to find a way never to be part of a tax system are always the same people you see on the National Geographic Channel, who have abandoned society in favour of a doomsday prepper life. Now there are times where this sounds intriguing, but I think I would miss having my trash collected once a week. 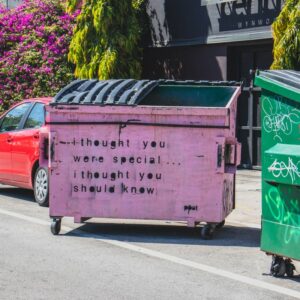 It’s also now entirely possible that you can live and work in several countries before you retire.

It can often sound unthinkable that a person can have bank accounts and tax numbers in multiple different countries as well as passports (if you’re lucky enough to have dual-citizenship). Still, it’s an increasingly regular part of life for many people. 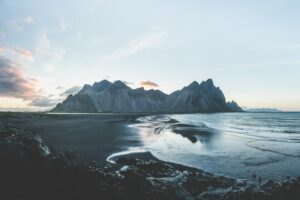 So if you have decided to live and work in Iceland, what are the taxes like? What does the income tax pay for? Do you have to pay taxes in Iceland if you’re a foreigner?

All these questions and more are answered below.

What is the Income Tax Rate in Iceland? 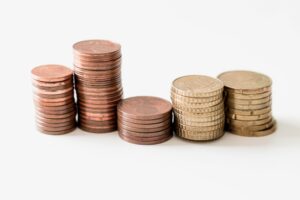 Like many developed nations, Iceland has a sliding scale of income tax amounts that change depending on how much you earn. Iceland works on a ‘Pay As You Earn’ (PAYE) system. Income tax is deducted at the source of the income. 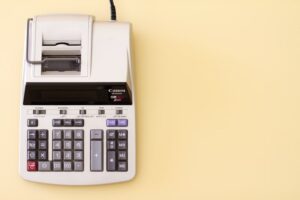 The total amount an individual is taxed comprises two different taxes combined; income tax and municipal tax. Income tax is usually a source of state or national revenue; often, the funds derived from it go towards things like social security and healthcare.

Municipal taxes are more of a source of income for local governments. The funds from municipal taxes tend to go towards things like local infrastructure and community development.

Putting these two together, depending on the level of income and where in Iceland the individual resides, you can expect to pay somewhere between 30% and 46% of your wages as tax to the Icelandic state.

What Are the Income Tax Thresholds in Iceland 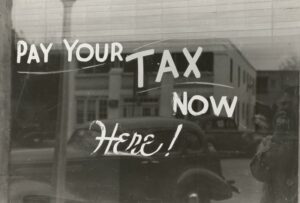 As I said earlier, there is a sliding scale of how much tax you will pay depending on how much you earn. These amounts are adjusted over time with inflation, so you should always check with the Icelandic Tax Office if you want the most accurate amounts.

The primary three levels to look at are as follows:

What is a Personal Tax Discount?

Each resident of Iceland is entitled to a tax credit of about 54,000 ISK per month. This is an amount of tax-free income. The tax department will subtract this amount from your income and only tax the rest.

Keep in mind, in Iceland, if you receive unemployment benefits, they are still taxed. All income is taxed, so you will, in turn, have tax removed from benefits before it arrives in your bank account. It’s a low tax rate, but you still are required to pay taxes. It might sound strange, but that’s just how the Icelandic tax cookie crumbles.

Can I Apply For Tax Exemptions? 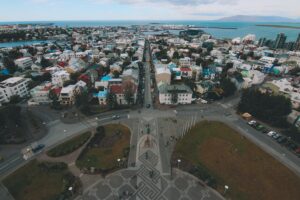 There are certain circumstances whereby an individual can apply for an exemption from tax payment or a reduction in taxes.

The most common of these would be that the person applying is wanting special consideration because of a double taxation convention.

Some countries require citizens to pay taxes even if they no longer live in that country. For some, the only way they could avoid paying those taxes would be to renounce their citizenship. 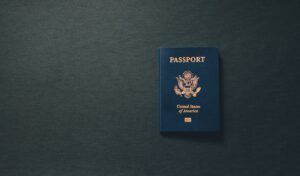 For this reason, there is the ability to apply for an exemption with the Icelandic tax office. In most cases, the amount of tax you are paying to the foreign country of your origin can be used as a credit from your Icelandic taxes. This way, you’re still paying taxes but not entirely double, and you are keeping both countries happy.

There is another exemption for those who are defined as ‘Foreign Specialists.’

In the eyes of the Icelandic Government, a foreign specialist is an expert in a particular skill set that cannot be found in Iceland or is in short supply. 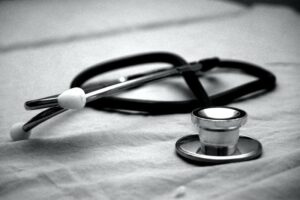 In return for relocating to Iceland to provide this skillset, a foreign specialist is usually given special consideration for permanent residency and citizenship. They are also given a tax discount. Foreign Specialists that receive this discount are only taxed on 75% of their total income for the first three years.

There are stringent conditions to this arrangement, and a tiny percentage of taxpayers will ever fall into this category.

It is essential to allow time for processing with any tax exemption application, so submit all applications early.

Why is Income Tax High in Iceland? 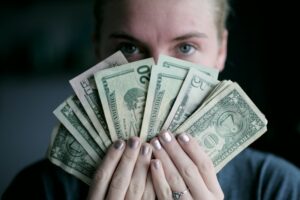 Generally speaking, the larger the population of a country, the lower the tax rate. That’s a huge generalisation that doesn’t account for a lot of very complex financial information. It is, however, the most straightforward answer for why the taxes in Iceland are so high in comparison to other developed nations.

Iceland is an island. Although it has strong agriculture and fishing industries, many everyday things need to be imported.

Importing resources is expensive. When your pool of total residence to tax is less than half a million, the amount each person needs to chip in tends to get a bit higher. The total population of Iceland is around 360,000, and not all of those people are taxable.

What is Income Tax Spent on in Iceland? 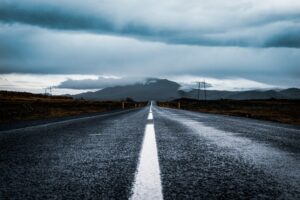 Income tax in Iceland is spent on everything from running the hospitals to training emergency services in the event of a volcanic eruption. The income tax element of everyone’s taxes in Iceland goes towards the systems that run the country.

Yes, elected representatives are paid with our taxes, like in most other nations. Still, the income taxes we pay also go towards Iceland’s socialised healthcare system, law enforcement, justice departments, large scale national infrastructure and even culture and art. 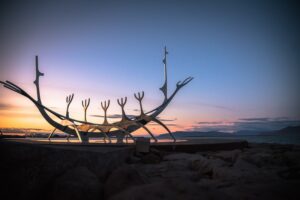 One thing I have noticed about the Icelandic attitude towards taxes is that, like the rest of the world, nobody enjoys paying them, but the Icelanders seem to be more ok with it than many other countries.

My theory is that they see a more immediate result of their tax money being put to work, so it doesn’t feel as much like money that was taken from you that you’ll never see again. 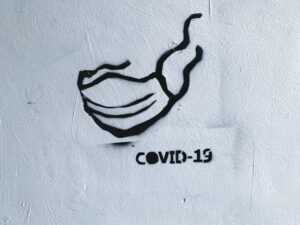 In 2020, when the impacts of COVID-19 seemed to decimate the tourism industry overnight, the revenue from income taxes was used to help companies stay afloat and keep people employed. The tax department also gave some affected by the loss of employment due to COVID an extra small payment at Christmas time.

Do I Need to Pay Iceland Income Tax if I’m Employed by a Foreign Company? 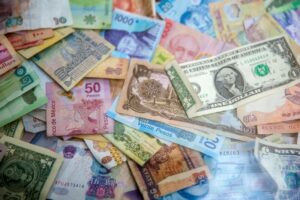 When you leave Iceland, you are no longer responsible for income tax, but to make sure you have officially done this, you must change your legal domicile with Registers Iceland as soon as possible.

It is also recommended that you register as a taxpayer in the country you are moving to immediately after your arrival to avoid double taxes if possible.

How Long Can I Live in Iceland Until I Need to Pay Icelandic Income Tax? 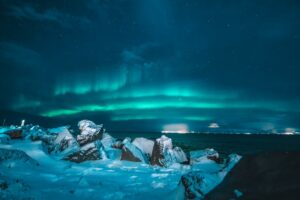 If you stay in Iceland for less than 183 days in a 12 month period, you have what is known as Limited Tax Liability in Iceland. This means you only have to pay taxes on income that is from sources in Iceland. In this time period, if you aren’t making money from Iceland, you are not liable for Icelandic taxes.

If you are not liable to pay taxes in Iceland during this shorter period, you must still be paying them somewhere else, like your country of origin. 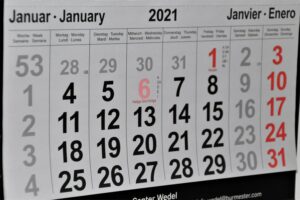 Traditionally the Icelandic government will review the tax rates every year. If there is a change made, it will go into effect on January 1.

The financial year in Iceland is from January 1 to December 31. When the year is over, you have until the beginning of March to submit your tax return. If you decide to enlist the services of an accountant, you usually have a little longer, approximately, till the beginning of April.

Once your tax return is submitted, you will typically receive an estimate of either how much you owe or how much you might receive back, depending on any deductions you made at the time of your submission.

Most residents of Iceland have either received their tax bill, refund, or confirmation of no further payment required by June.*

*if you were a resident of Iceland and have since changed your legal domicile to another country, you will not receive an estimate on your final tax return. You will instead receive the bill, refund or notification of no further payment required.

What if I Receive Salary From More than One Employer? 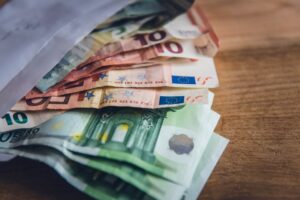 It is up to you how your tax discount is used. If you have more than one employer, you can only use it with one, or you can split it between two however you like (60% to one and 40% to the other).

You need to notify the tax department which income you will use the discount for and what percentage.

Apart from that, your taxes will fall into the same structure as usual. You will pay a certain amount of tax depending on how much you are earning.

In some cases, depending on the nature of your work, it is better to set yourself up as a company.

This can be useful if you are a freelancer with many clients and many different income streams. It can be difficult and expensive to set up, however, so another solution for those who are freelancing in Iceland is to join an agency like Swapp that works as a third party between freelancers and businesses. 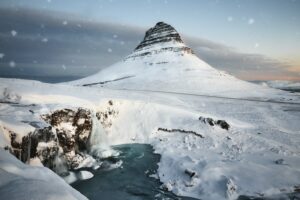 Understanding the tax system of your own country can be hard enough, and delving into the complex workings of a foreign financial structure can be downright terrifying.

But take it from someone who has experienced it first hand, if you move to Iceland, the sooner you take the time to learn a bit about how it all works, the better.

Nobody wants to experience the uncertainty of not knowing if you’re paying enough tax, too much or even how it will affect your salary.

A foreign tax system might take some time to understand, but once you do, you will have a much more enjoyable experience throughout your stay.