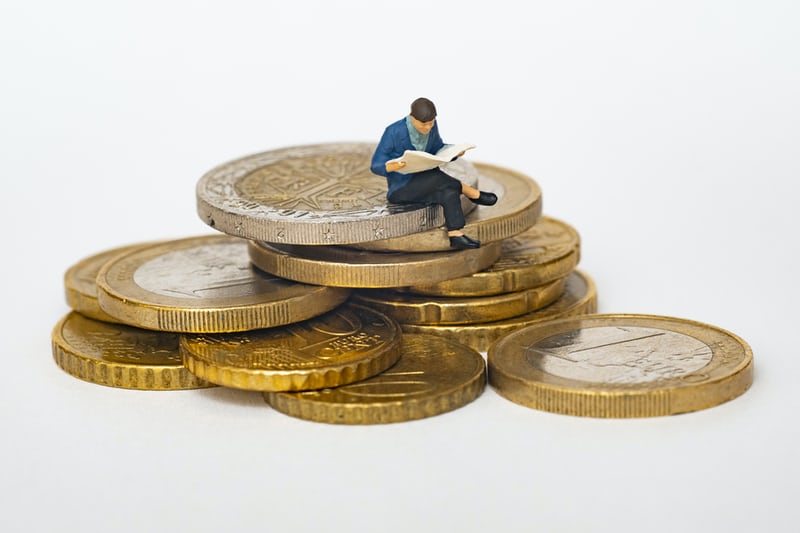 The Rise of the Gig Economy in Iceland

We now live in a world where having a job doesn’t necessarily mean you are spending 9 to 5, Monday to Friday, in the same place working for the same person. Thanks to technological advances and the interconnected nature of the globe, new ways of earning an income pop up all the time.

In the past decade alone, we have seen the culture of app-based jobs increase. Uber shook up the transport industry and created a whole new level of competition that cab companies had never seen before.

Whether or not you agree with their model or company practices, the Uber app offered many people around the globe a chance to make a living without sticking to the courses of action typically prescribed to them.

This has, in turn, led to more people having what is affectionately termed ’a side-hustle’ and some even abandoning the traditional employment model altogether.

We live in a time with a thriving ‘Gig Economy’, and Iceland is experiencing this same cultural shift.

So what is the ‘Gig Economy’? What are the advantages of working in it? How do you find work? All this and more is explained below.

What is the Gig Economy? 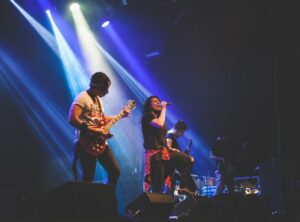 In the most basic terms, the Gig Economy is a free market system where independent contractors are hired for short-term projects or commitments.

If you’re unfamiliar with the term ‘Gig’ or have heard it but don’t know why it’s used in this context, it’s a slang word used mainly by people in the entertainment industry.

A gig for a performer is just the term used to refer to the particular performance they have. For instance, many local comedians have regularly uttered the words ‘I can’t come to your party, I have a gig that night,’ when business is going well. 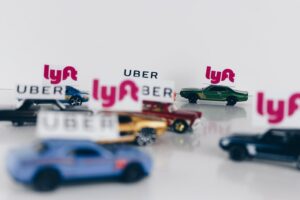 The broader economic world has since adopted this ‘Gig’ term to encompass a growing shift in the nature of work for both employees and employers. A gig job is just a job for a specified period that isn’t on a permanent contract.

In the past few years, digitisation has led to the rise of a Gig Economy on a global scale.

What is the Size of the Iceland Gig Economy? 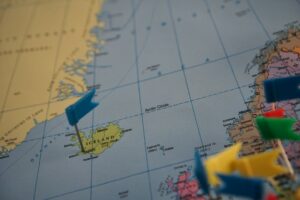 In the Nordic countries, short-term contracts make up about one-third of all jobs. Interestingly, this number hasn’t changed much in the last decade, but the industries represented have.

In the past ten years, the amount of people working in a ‘gig’ type of job market in Iceland hasn’t grown dramatically, but the kind of contractors and the sectors they are working in has completely expanded. 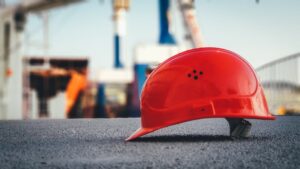 Gig workers now represent a vast cross-section of industries. Every industry from construction, to IT, to media and communications, even medicine, has some form of independent contractors working within it.

It’s predicted this trend will keep growing as technology continues to advance.

What Are the Main Advantages of Being Part of the Gig Economy?

There are quite a few significant advantages of being a part of the gig economy. This method of working isn’t necessarily for everyone, but if the below advantages are things that spark a bit of joy in you, then perhaps freelancing might be something you should investigate further. 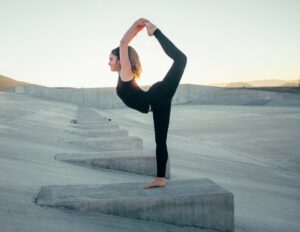 When you are a part of the gig economy, you aren’t tied to one particular company or industry. This allows the worker the ability to pick and choose particular projects.

Say, for example, you’re a freelance writer. You might love tackling pieces on international diplomacy but hate writing ad copy. In a gig economy, you can actively search for the projects that fulfil your passion rather than accepting tasks that you don’t find interesting, challenging or rewarding.

This flexibility can extend to business relationships. Not every business partnership is fruitful and enjoyable so in this kind of work situation if you finish a project with a company that you didn’t enjoy working with, you literally never have to take a job from them ever again. 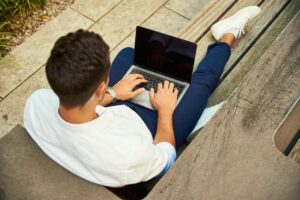 With digitisation workers can find temporary jobs from all over the world and in turn, companies are able to find the absolute best contractors for a project from a wider resource pool.

Many gig-type jobs also allow for the possibility of remote work which means that as long as you have an internet connection, your work day isn’t limited by geography or time zones. 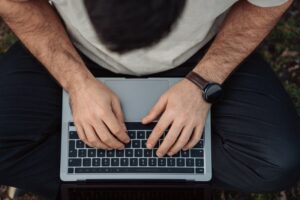 Not everyone loves working a 9 to 5 job and there have been numerous studies in recent years that show the ‘eight hour day’ doesn’t necessarily lead to the best output for a worker. Within a gig working situation, you have the ability to manage your own time table.

Some people enjoy taking care of a week’s worth of tasks on Monday and Tuesday, then using the rest of the week to do as they please. Other people might want to work solidly for a couple of months and then take a couple of weeks off to travel, study or even just relax.

However you like to do it, the gig economy does provide the ability to take more ownership over your hours as a worker. 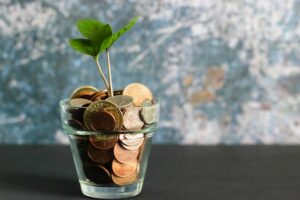 These three words always sound a bit like they belong in a brochure for a pyramid scheme but they are somewhat true when you work independently.

You aren’t limited to how many projects or companies you work with. If you are also paid on a per-project basis, it’s entirely possible that you could make way more than if you were salaried in a full-time position at one company.

There are also people who use the gig economy to supplement a full-time wage for a bit of extra cash at the end of the month. Someone who trained as a hairdresser but now works as an office administrator; razoring a few hairdos on the weekend, is a perfect example of this.

Without sounding like the representative of an MLM, you really are only limited by how much work you want to do. 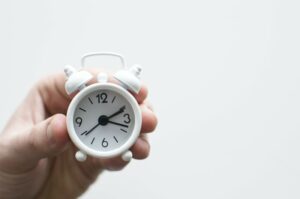 This benefit is incredibly useful for businesses looking to utilise workers from the gig economy. When engaging in the services of a contractor a company has the ability to complete an element of a project without the need for induction or an onboarding process.

A large amount of contracting work can be done remotely so this will also diminish the need to have physical space and resources for workers.

If you need a bunch of content written for your website, you don’t need to suddenly find the office space and equipment for 5 content writers. You can get the content you need without the extensive process of vetting, training and dealing with things like pension funds and long-term agreements.

This also helps level out the playing field somewhat. For smaller and medium sized companies who might not have the cash flow to hire a full-time person for a position, they are able to direct a smaller amount of funding to more manageable contracts until their business grows enough to retain a permanent employee.

How to Join and Find Work in the Gig Economy 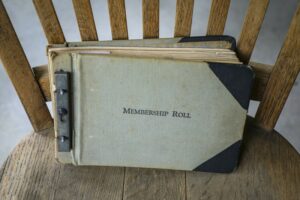 The gig economy isn’t some exclusive club that you need a membership to join. It’s an open and free market. If you have a skill set that someone might wish to use, you can access the gig economy.

There are a few ways you can access this kind of employment. For many, the most obvious way would be to update their LinkedIn profile and make sure companies know that you are open to freelance work.

This isn’t an ideal situation, though. If you are already employed, it might create unnecessary tension in the office. You might also spend weeks or even months without any leads to get you a gig.

There are a number of third parties that cater to those wishing to access the gig market. In the last decade the introduction of apps and sites like fiverr and upwork have made it much easier to monetise a skill you have on a project to project basis.

These third parties can work well enough for you if you are just dipping your toe in the ocean of possibilities, but there are some drawbacks. Like anything based on the internet, you can spend an unnecessary amount of time sifting through potential leads, vetting clients or even chasing payment.

This is where agencies like Swapp can make a huge difference for you. They have already established relationships with companies that would like to use talent on a freelance basis. They are also able to effectively match you with those who are looking for your particular skills.

If you’re an employer, Swapp can also handle a multitude of needs based on your desired outcomes for a project or enterprise in Iceland.

The Gig Economy isn’t going anywhere any time soon. After reading all of the above, some may feel that they would rather stay with the traditional employment model.

After all, this kind of work structure isn’t for everyone, but then again, neither is the conventional model, which is how the Gig Economy was born.

In my opinion, either model has its perks, but the best thing about the Gig Economy is that it shows us that there are other options available that fit different needs for both workers and companies. That’s what makes cultural shifts like these so exciting.