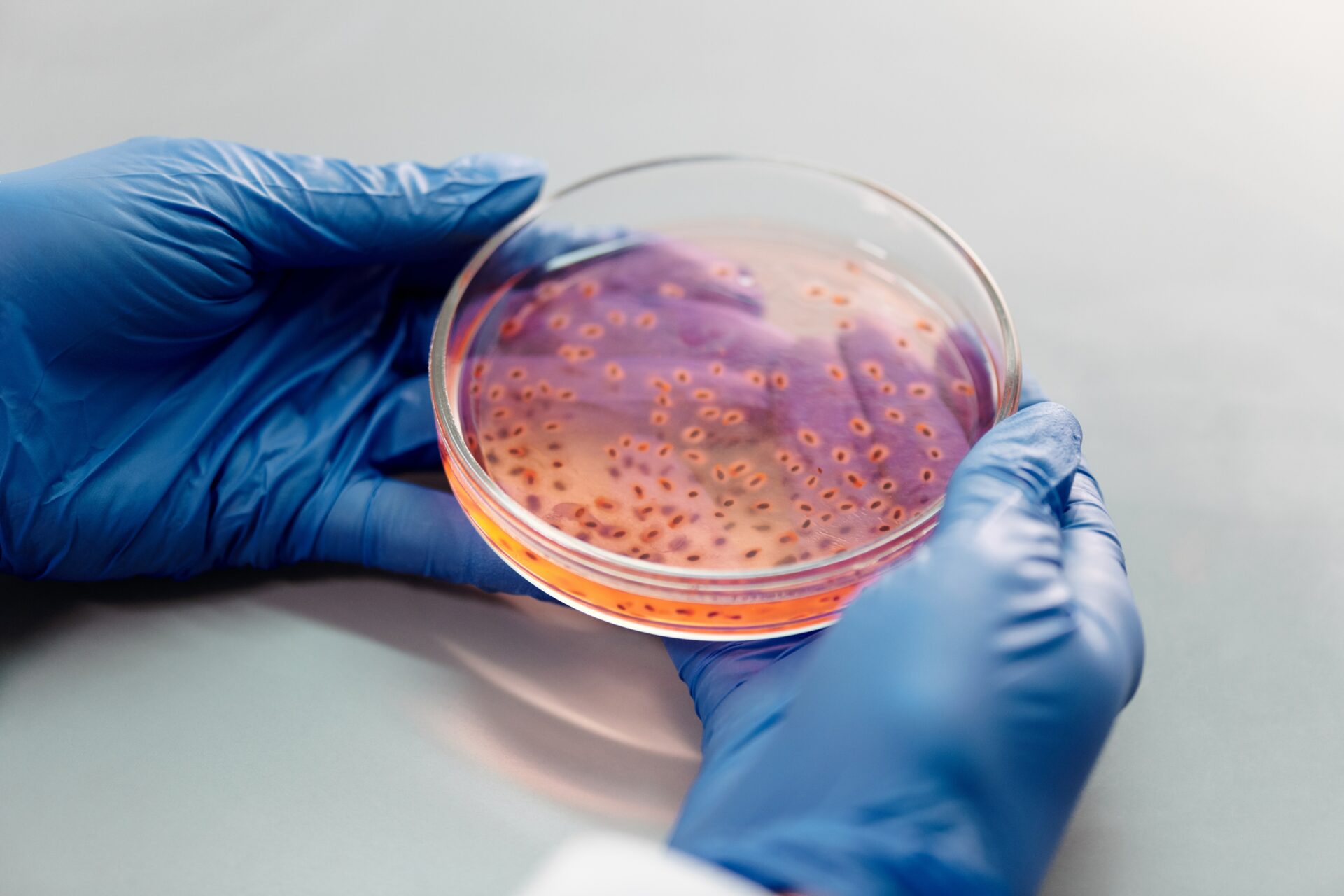 Iceland is home to several thriving industries such as biotech companies in Iceland. Traditionally this little island nation in the North Atlantic has been a hub for the fishing industry, but that has changed in the last half-century.

For almost a thousand years, Iceland’s people relied on fishing and ocean-driven trade as a source of income. At the start of the 20th Century, Iceland was actually one of the poorest nations in Europe, but this significantly shifted after the Second World War. During this time, Iceland had been used as a mid-Atlantic vantage point for the Allied Forces.

First, the British had set up camp, but closer to the end of the war, America established a permanent army base. It’s possible this sudden influx of foreign interest helped spur the Icelandic economy to become what it is today.

From 1945 onwards, the typical workforce of Iceland shifted from being predominantly based on agriculture to more diverse industries. Included in this was the growth of the science sector, particularly biomedical sciences.

By the late 90s, early 2000s, Icelandic biotech companies had begun cementing themselves as valuable players in Iceland’s economy, both domestically and internationally. 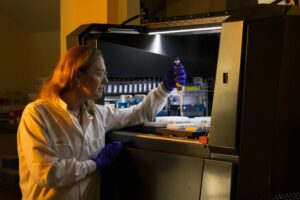 Multiple factors have pushed Iceland as a favourite destination for biosciences and biotechnology companies. The Nordic country appears to present the right conditions for setting up research units and carrying on production in this sector.

If you were to create a checklist of the most ideal requirements a country could have to effectively set up a biotech company, Iceland would stand out as a perfect candidate. It’s a nation that’s very proud of its highly educated workforce. There’s no shortage of qualified and technical personnel.

Another critical factor in the biotech domain is strong government support, especially when we can learn from public health incidents. The Government of Iceland has a strong historical relationship with the biotech industry, which keeps getting strengthened each year.

These points and many others have made Iceland a key player on the world’s stage when it comes to biotech, set for some incredible growth in the coming years.

So what’s in it for biotech companies based in or working in Iceland? Are there incentives for foreign specialists who might want to move here to work in the biotech sector? What are the leading biotech firms?

Financial and Other Incentives for Biotech Companies 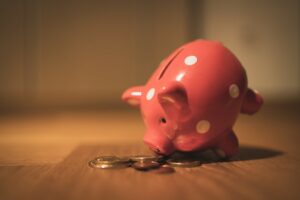 Iceland recognises the value of creating incentives for those wishing to invest in Icelandic companies. Because of this, Iceland has recently experienced a boom in several tech-related industries.

Biotech is just one sector experiencing exponential growth in the Icelandic economy, in part because of foreign investors wanting to capitalise on the current wave of success. 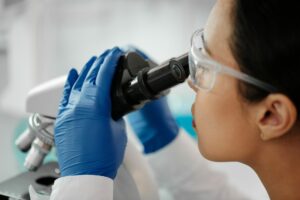 Some of the direct benefits that companies enjoy while making investments in Iceland include subsidies from the Government.

The Icelandic Government, along with local and regional start-up initiatives, offer incentives in the way of access to markets, development support, financial assistance and more to strengthen the output of biotech companies based here. 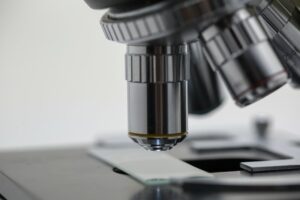 Iceland also has relatively low corporate tax rates in comparison to other developed nations. If you are bringing a project to Iceland that requires new infrastructure to be built, your company can also take advantage of the ability to identify and purchase land at competitive prices.

It’s also worth noting that Iceland’s power grid is one of the cleanest in the world. Iceland currently generates 100% of its energy through renewables. These renewable energy methods are mainly hydroelectricity and geothermal energy. The energy costs in Iceland are also incredibly low.

Investors in Iceland are not only going to have better ratings when it comes to corporate responsibility, they are also going to save money on their investments.

Benefits for Foreign Experts in Iceland

Iceland’s present personal income tax regime offers some significant tax deductions for foreign nationals working and earning in Iceland. This is subject to certain conditions being met, but it could mean that as a foreign expert, you could receive a tax discount of 25% for the first three years of your tenure in Iceland.

For companies, this is a great incentive to bring highly trained professionals to Icelandic shores to share their knowledge and skills.

This also helps companies in the biotech sector establish their presence here and gain a competitive edge in the global market. In time this will very likely also lead to a pool of local talent, gaining precious knowledge directly from foreign experts.

The Knowledge Base Advantage 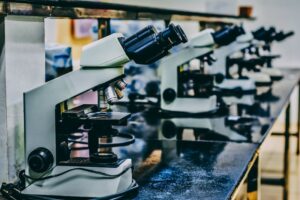 Iceland has built a robust scientific community over the years. One illustration of this is the formation of the Vatnsmýri Science Park in the capital Reykjavik.

The primary objective behind setting up this park was to encourage the participation of the academic community with those in the economic sectors of Iceland. One particular sector that has significantly benefited from this initiative is the biotech industry.

Because of the strength of this partnership, the private biotech sector is expected to gain a wealth of knowledge in the future. 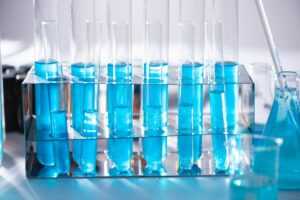 Currently, the University of Iceland offers post-graduate doctorate courses in various subjects that feed directly into this industry. Some of these subjects include; biochemistry, bioengineering, bioinformatics and biostatistics.

Other universities throughout Iceland have also followed suit. They are now offering similar courses to meet the demand of the biotech sector. As a result, graduates of these courses can be absorbed directly into the local biotech companies for internships and further training.

The future experts of the industry are literally being trained here, which makes this an exciting time for the biotech sector.

Some of the Leading Biotech Firms in Iceland 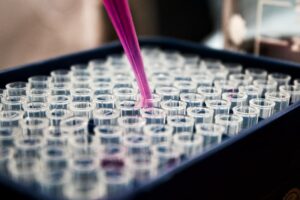 Many prominent names in the biosciences sector have set up their operations in Iceland. They range in speciality from biomedical software, pharmaceuticals, communications technologies, data transmission, genetics research, prosthetics and many more.

One of the major players in genetics is deCode. deCode’s primary MO is understanding and analysing the Human Genome. Founded in 1996, deCode has become a world leader in its principal operational purpose.

Their research and development has led to some major discoveries over the past 20 years. Many of their findings have directly implemented life-saving medical interventions that would have been unheard of some 30 years ago. 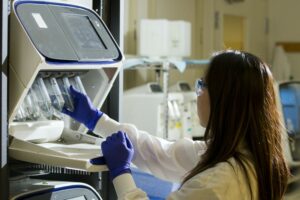 Another player in the generics sector is ORF Genetics Ltd. ORF specialises in producing recombinant proteins, which are formed by introducing foreign genes into a cell. This is particularly beneficial for the vaccine and pharmaceutical industries.

Primex is a biotech company that pairs the ocean with medical innovation. It develops and supplies chitin and chitosan derivatives from the sea. These derivatives act as carriers or vehicles for drugs or other substances, and the applications of this seem almost endless.

Primex’s chitin and chitosan are used globally in the food industry and drug industry. They have also developed incredible wound dressings that protect against infections whilst also reducing pain and discomfort. 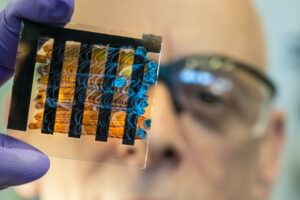 In a world where diabetes is a leading cause of comorbidities like chronic wound management, Primex’s R&D has benefitted countless patients globally.

Other notable mentions are Alvotech (biopharmaceuticals), Matis (biotech and food safety) and NoxMedical (sleep diagnostics). However, the biotech industry is constantly expanding and diversifying in Iceland.

How Iceland’s Biotech Companies Are Helping to Combat COVID-19 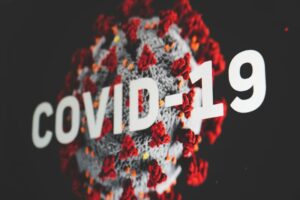 Throughout the global pandemic, Iceland fared quite well in comparison to many other developed nations. Although there was as high a rate of transmission of the virus as everywhere else, the country was able to flatten the curve fast.

Most of Europe began going into lockdown protocols in March 2020. By April, 10% of Iceland’s entire population already knew if they had covid. This was because of a large-scale rollout of testing.

The Icelandic Government worked in cooperation with deCode to provide the testing but also used the results of the tests to investigate the natural progression of the virus as it spreads. 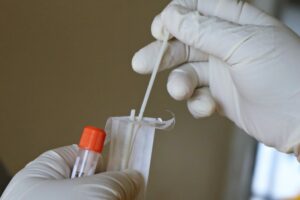 Several findings from this testing scheme directly affected the best practices utilised throughout the world to attempt to wipe Covid-19 out completely.

deCode also sequenced the covid virus found in the Icelandic population. They then combined this with easy access to family trees (because of Iceland’s population). They were able to tell that the first cases of the virus in Iceland originated in Austria and Italy.

This information helped the department of infectious diseases to map areas of the population to keep an eye on. None of this would have been possible if Iceland didn’t have a thriving biotech industry that can conduct this kind of research in-house. 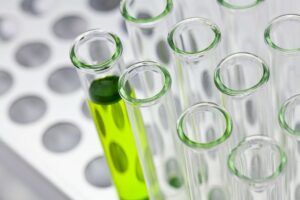 Iceland began its economic journey in the sea and, over the course of a thousand years, have ventured into the sea of knowledge. The biotech industry in Iceland is shifting into higher gears each year. There has never been a better time to get involved.

If you’re a scientist, specialist, investor, or consumer of the biotech industry, Iceland is certainly a country to keep an eye on. If you would love to know more about how you could get involved in biotech in Iceland, Swapp can point you in the right direction.