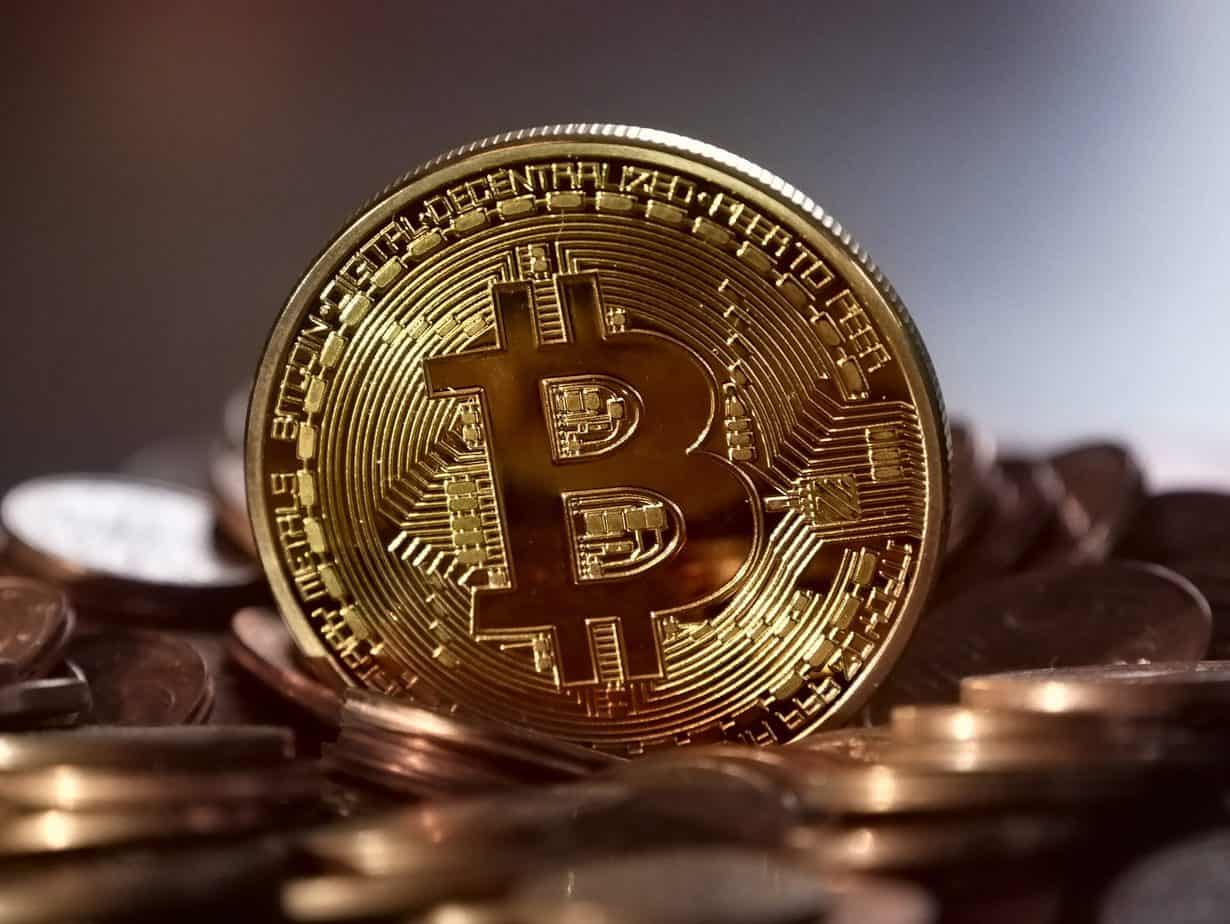 Bitcoin in Iceland – Mining, trading and the future

Iceland is a country of striking beauty. Its people are renowned for being friendly, quirky and creative, but they are also incredibly resilient. Their innate ability to overcome the most impossible odds and not only survive but also thrive is worth noting. How do Icelanders approach bitcoin in Iceland?

Since early settlers arrived on this volcanic rock in the middle of the Atlantic Ocean, they’ve fought an uphill battle. In the past 1000 years, the Icelandic population was almost completely wiped out several times due to famine, plague and natural disaster.

Their luck began to change in the last century when they went from being one of the poorest countries in Europe to becoming what seemed to be the newest wizz kid in the world of finance and economics… then came 2008. Despite the devastating effects of the crisis, efforts by the government narrowly avoided national bankruptcy. Nearly every resident was affected by this situation. In the worst week, their stock market suffered a 96% drop in value, pensions dropped as much as 25%, and inflation was out of control. Several local businesses were forced to close their doors.

Banks were nationalised, and the native people resorted to protesting in the streets. They called for the resignation of many top leaders and reforms to help the country get back on its feet. Eventually, they were listened to, and new legislation was made. 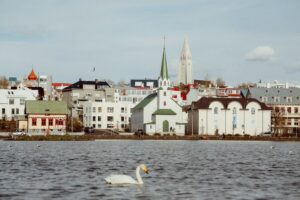 Years passed, and Iceland slowly began building its economy from the remnants of the financial crisis. More than a decade after that time, if you were to walk the streets of the nation’s capital, Reykjavík, you would hardly believe this nation came so close to financial ruin.

Iceland’s success could be attributed to its ability to let banks go under, implement overarching measures and accept that its own currency had to be devalued.

Iceland enacted new controls on the banking and monetary systems in order to mitigate the crisis. This included high taxes on residents, the inability for foreign investors to move their money out of the country and controlled bonuses. Iceland was able to rebuild its entire financial system from the ground up. This means that as a nation, they were able to look at new ways of doing things and didn’t need to be so deeply stuck in the old financial models so many developed nations will never get out of.

Today Iceland is a thriving nation that wears its battle scars proudly. It’s a nation of innovators and early adopters.

Iceland is currently home to some of the largest bitcoin mining facilities in the world, and the knowledge and attitudes of locals towards this new form of currency is far more hospitable than many other countries.

But what is bitcoin? How does it work? What is the impact of bitcoin on the Icelandic economy? 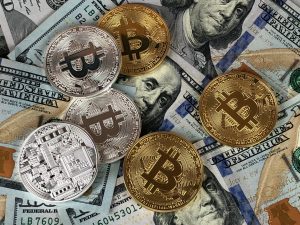 Bitcoin is a kind of cryptocurrency.

Cryptocurrencies are basically digital money. They are decentralised, meaning that they aren’t controlled by governments or banks. They have gained significant popularity because they enable users to make transactions without a lot of the red tape and fees associated with them.

How Does Bitcoin Work? 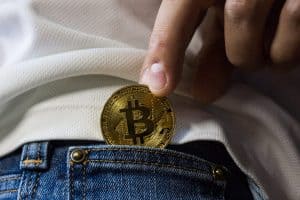 Because there’s no centralised body governing bitcoin, it still needs someone or something to record its activities. For example, if someone was to send some currency from one part of the internet to another, there needs to be a record of where it came from, how much it was, and who it’s going to.

Bitcoin uses what is known as ‘the blockchain‘ to perform these same tasks. Think of it as a whole bunch of computers recording information like, “Person A sent 1 bitcoin to person B on this date at this time.”

Some critics of traditional currencies have argued that the blockchain is actually more reliable, transparent and fraud-resistant because there isn’t a single part of the process that is anonymous or isn’t recorded.

To perform the actions required of the blockchain, you need immense computing power. In return, the computers performing these tasks are rewarded in cryptocurrencies like bitcoin. This process is called bitcoin mining.

What is the Impact of Bitcoin on Iceland’s Economy? In the past, Iceland’s relationship with bitcoin could be described as a little bit like the old employee at a company being a bit mean to the new apprentice.

In the wake of the GFC, the government imposed rules to restrict the amount of money businesses could move out of the country called ‘Capital Controls.’ When cryptocurrencies like bitcoin began gaining popularity, the Icelandic government was understandably concerned about their impact on this rule system and quickly made legislation to address that.

Initially, the Icelandic government stated that the trading of digital foreign currencies was illegal. Their reason was to protect the capital controls that were in place to stabilise the economy and the Icelandic Krona.

In 2016, a paper was leaked from a Panamanian law firm that implicated many world leaders hiding their assets and avoiding taxes in their own countries. One notable involved person was the Prime Minister of Iceland, Sigmundur Davíð Gunnlaugsson.

The news sent waves around the country and resulted in one of the largest protests in Icelandic history. It’s estimated over 20,000 people arrived at parliament, shouting, chanting, throwing eggs and skyr (a kind of Icelandic yoghurt). The public demanded the Prime Minister step down, and he did.

The Panama Papers eventually led to a relaxation in some of the capital controls. Today, you can send money abroad through your online bank, and the government has relaxed its stance on bitcoin.

Today Icelanders are allowed to own and trade in bitcoin, but the official stance of the Icelandic government is that cryptocurrencies are not recognised as legal tender, and people should trade in them with caution.

How Could Bitcoin Benefit Iceland? Many criticise Bitcoin as a tool for laundering money and committing financial crime. Contrary to this belief, bitcoin may be able to help address crime as Bitcoin is not anonymous.

All transactions are made public and can be accessed by anyone. Implementing Bitcoin would be a cost-effective way to maintain currency when compared to existing methods.

An essential aspect of allowing bitcoin to be free in Iceland is the ability to create an environment conducive to business growth and expansion. This would also help to encourage high-tech growth.

Is Bitcoin a Legal Currency in Iceland? Currently, the Icelandic government doesn’t consider Bitcoin as a legal currency. As with most financial matters in developed nations, there are the rules, and then there are the ways people actually function on a day to day basis.

During the strict capital controls, an alternative to bitcoin was introduced to Iceland. The name of this cryptocurrency is AuroraCoin. It was created to address the need for a local cryptocurrency to work around the laws against ‘Foreign Digital Currencies.’

Despite the fact that 50% of the total AuroraCoin was given to the Icelandic public for free, it never really took off the way that bitcoin has.

In Iceland today, there are businesses that accept bitcoin as payment for goods or services and many people trading in the cryptocurrency even though the government doesn’t recognise it as legal tender. Although Iceland is known for being on the more expensive side, it’s ‘on the cheap’ when it comes to the cost of electricity. Almost 100% of the electricity generated in Iceland is from renewables. This means power supplies in the land of fire and ice are cheap but also have a minimal environmental impact.

Combining the low cost of electricity with consistently moderate temperatures, Iceland is primed as the perfect location for data operations.

Data facilities require large amounts of electricity to run and keep them from overheating. Because of this, Iceland experienced a boom in data centres opening up in the 2010s. Today Iceland has some of the most profitable bitcoin mining facilities in the world.

If you’re interested in finding out more about getting started with bitcoin mining in Iceland, contact Swapp Agency. Swapp Agency can connect you with local businesses and professionals who can assist you on your bitcoin journey. From the brink of financial collapse to the early adoption of innovation, Iceland has discovered that e-commerce is an avenue that can not only be positively exploited but also expanded upon.

Cryptocurrencies like bitcoin aren’t going away anytime soon. For the time being, Iceland is primed to be the perfect location to get started as a bitcoin trader or miner.