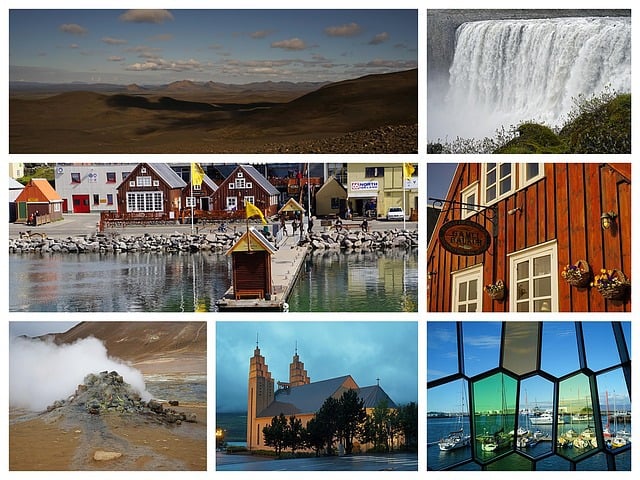 A third of Iceland’s population, which is about 333,000 people according to the latest census, lives in the capital of the country, Reykjavik. Compared to other islands or countries of similar size, Iceland is scarcely populated. However, this has not had any adverse effect regarding the country’s productivity, prosperity or quality of life.

On the contrary, there are a number of accomplishments to be saluted. Like achieving a top score in literacy, this is one of the reasons you will find Iceland to be a success-country. Hundred percent of its population is literate, add to that the fact Icelanders write and produce more books per head of population compared to any other nation across our beautiful planet.

In this context, Iceland has the most literate capital in the world, as well as a city of excitement, colors and various activities which have not failed to avail wonders and great popularity for Reykjavik. As much as this city has a lovable social side, it is also performing well on the political and business fronts.

In no time, Reykjavik has found a convenient spot on the global map as a conference-leader city. The number of conference meetings hosted per year in the capital has assuredly become one of the top reasons for visiting Iceland, next to traveling for pleasure and holidaying purposes.

The array of conferences and business events in Reykjavik is also vibrant and diverse. Symposia, events, gatherings, and meetings will recurrently happen on topics starting from human rights to geothermal energy. For instance, the latter of these two fields is connected to the fact that geothermal water heats at least 90% of the infrastructure in the country (both industrial and residential). Roughly 30% of all the electricity generated in the country comes from power plants alike, too. 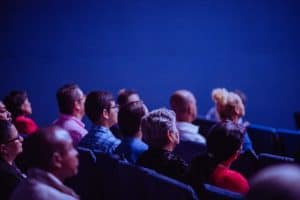 Hence, this has been an opportunity for Reykjavik to lead the global dialogue on geothermal development which is the reason it hosts the Reykjavik Geothermal Conference annually. The opening of the 2018 edition of the conference was endorsed with a speech from the President of Iceland.

Far from the fact that you can come to Iceland to discuss only geothermal energy, however. A great many other events and conferences in Reykjavik are in the interest of the academic community, or of international organizations and companies. Frequently enough, politicians come to Reykjavik to participate in bilateral and multilateral talks, like the time Reagan and Gorbachev discussed the arms law in 1986. The meeting is now considered a significant historical moment for the capital city of Iceland.

The serious political context of meeting such as that of 1986 between a U.S. and Soviet Union leader, has left a lingering effect on the city, the least to say. This conference has propelled a range of other events and meetings significant for various other political, social or environmental questions.

The strategic position of Iceland–tucked midway between the North American and European continents–has times and times over proved favorable for Reykjavik becoming a hub center of conferences as well.

The country is further distinguished for being one of the safest on Earth. Successful policies like those aiding one of the most robust gender equality rates in the world have helped Reykjavik and Iceland both serve as real examples that social issues of this caliber (gender inequality) can suitably be managed.

The two airports that connect Reykjavik with the rest of the world eliminate any sense of remoteness to traveling to Iceland. Of the two, the first is domestic, the Reykjavik Domestic Airport, and the second one, perhaps already known to you, is the Keflavik International Airport. The latter of the two currently has annual visits that are five times more the population of the area itself. Keflavik has also been distinguished thrice with the Best Airport in Europe Award. Pursuing foreign travel to Iceland is precisely one of the ways that have helped Reykjavik establish a greater influence and garner its political importance. 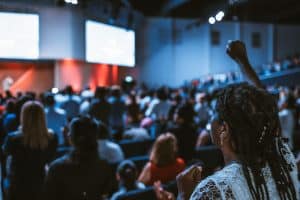 But the attraction and preference of hosting conferences in Iceland do not lie solely in the social-political context and background. The immediate access to the natural environment, the vividness of Reykjavik’s architecture and amenities, as much as the available infrastructure and venues for conference organizers, have all played a pivotal role in making Reykjavik a conference city among other things.

International companies find it considerably easy to conduct meetings and conferences in the serene beauty of Reykjavik. Venues that attract and host international conferences fuse excellent management, a positive attitude and take advantage of the latest technology to produce impeccable events.

The Harpa Conference center is one of the city’s most distinctive centers. There are also a great many hotel venues that can accommodate happenings of an international level, such as the Hilton Reykjavik Nordica, Icelandair Hotel Reykjavik Natura, Grand Hotel Reykjavik or Fosshotel Reykjavik just to name few.

Like the rest of Iceland, the capital also has its fair share of natural sites including the Blue Lagoon, the geothermic spa, the widely-talked about northern lights and the sites within the Golden Circle. All of these are natural wonders that are to enrich your Reykjavik experience.

Last but not least, the delectable food and restaurants to try out while still in Reykjavik will only further add to the overall visiting experience. A business meeting over a dish of Icelandic fish might sound like a good idea. All seafood is harvested from the clean waters that surround the island and is a must on your list of specialties to try.

And remember, there is nothing you cannot do in Iceland, from quenching your adventurous desires to starting a career, to conducting conferences or some holiday relaxation.